Atteeq Razzak a lecturer of mathematics department would hold the office
for the residual period i.e. up to 08-04-2021, while another contestant
Humaira Kanwal from environmental studies collected 39 votes.

The University’s Syndicate by-elections for the slot of lecturer was held
at the Arts Auditorium, KU. Atteeq Razzak, was supported by the Teachers
Alliance for Good Governance and Humaira Kanwal from environmental studies,
was representing Karachi University Teachers Forum, in the election.

The Registrar, KU, Professor Majid Mumtaz, who was also the Returning
Officer of the by-elections, mentioned that voting process continued from
09:30am till 1pm and election was held through secret ballot.

The Controller Examinations, University of Karachi, on Thursday issued
schedule for submission of examination forms and fees for BSc (Pass),
Part-I, II and both parts Annual Examinations-2018 without any late fee.

The Controller Examinations, KU, Dr Irfan Aziz, mentioned that students of
BSc (Pass) Part-I and II are directed to submit Rs5350/- while candidates
appearing in BSc (Pass) both parts would deposit Rs9000/- till February 06,
2019 to avoid late fee surcharges.

He said that Karachi University is now providing online payment facility
for submitting of fee throughout Pakistan. He also said that students could
download the examination form and fee voucher from the official website of
the University of Karachi that is www.uok.edu.pk and submit in any branch
of NBP, UBL, HBL, MCB and Sindh Bank.

He directed that students should attach fee payment voucher along with
relevant documents and full the examination forms through their respective
colleges.

The Controller Examinations, KU, also directed that those candidates who
were enrolled in 2012 or earlier could appear in the annual exams-2018 by
paying Rs3000/- as a fine in addition to the normal examination fee. He
added that such candidates would be required to appear as per existing
syllabus. 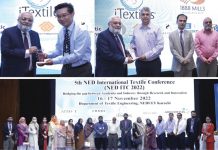 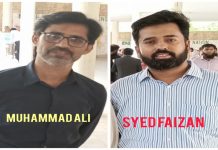 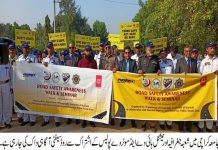